Doctors Hospital Donates $10,000 to FRI and Challenges the Community to Match by July 4th

DALLAS (April 19, 2015) – Doctors Hospital at White Rock Lake increased its Founder’s Circle membership commitment to the Ferguson Road Initiative from $1,000 to $10,000, and the hospital is challenging the FRI community to match its gift by July 4, 2015.

This sponsorship level will make Doctors Hospital the lead FRI supporter, continuing the partnership that the organizations have cultivated over the past five years. Eric Boon, director of business development for the hospital, officially announced its donation at the recent FRI-sponsored City of Dallas Candidate Forums held on March 31 and April 7 and issued the challenge for the community to meet — or exceed — its $10,000 donation. 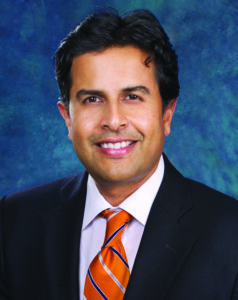 “As the health care provider in East Dallas and the largest employer in the area, it is important to Doctors Hospital to partner with groups like FRI who are tirelessly working to improve all aspects of Far East Dallas,” says Jay Krishnaswamy, CEO of Doctors Hospital at White Rock Lake. “We offer our full support in their community improvement projects and encourage you to contribute to this challenge so FRI can continue its work to transform Far East Dallas into a safe, beautiful and prosperous community.”

FRI and Doctors Hospital share a common goal: a commitment to the growth and well-being of the East Dallas area. In 2010, Doctors Hospital was the featured recipient of FRI’s Community Service award at its gala fundraiser. In 2012, the hospital was the key sponsor of the FRI grand opening celebration of the White Rock Hills Branch Library. Today the hospital supports FRI’s efforts to develop the White Rock Hills Recreation Center. Similar to the library, the recreation center will foster wellness, arts, cultural activities, outdoor education and more.

“Doctors Hospital has always been about leadership. Whether it’s providing superior health care services for Far East Dallas or providing leadership to our FRI board, they are always there ready to help,” said Vikki J. Martin, president of FRI. “Their support has been invaluable to FRI.”

Long-time FRI board member Bill Coleman stated, “the board of directors believes the citizens of Far East Dallas will not only meet this generous challenge offered by Doctors Hospital, but beat it!”

To participate in this match, please visit the FRI website at www.fergusonroad.org.